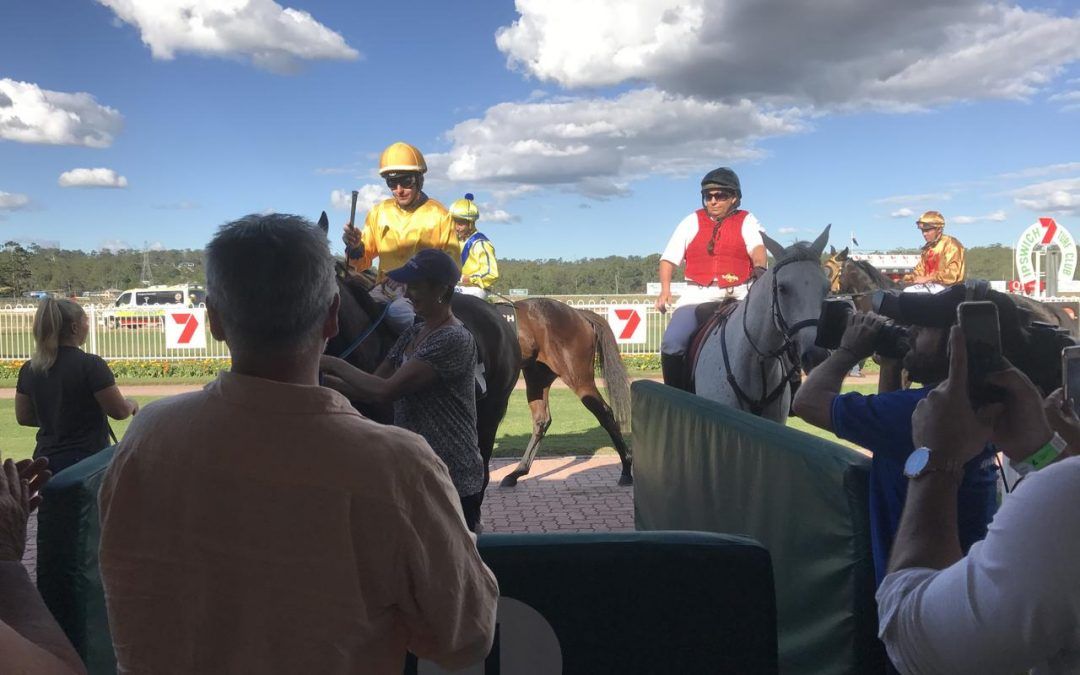 Wicked Queen broke her maiden today at Ipswich Turf Club with a strong win in the Furnware Handicap. The daughter of Wicked Style jumped well from a wide barrier and put herself in a winning position early in the race before jockey Matthew McGuren asked her for an effort approaching the point of the corner and the filly sprinted quickly to the lead and held her rivals at bay to score by a length and a quarter. Winning Co Trainer Bryan Guy was very pleased after the event “its great to finally win a race with the filly, she has been racing so well, and this campaign she has only finished out of a place once from six starts and hasn’t had the best of luck in most of her races. The other thing is that the programming just hasn’t fallen our way because everybody that rides her says she needs more distance but its been hard to get her there, but all that’s forgotten now. Also she was helped today by a great ride from Matthew as she drew wide but he made it look easy and it’s easy to say the best ride won the race.”

Winning rider Matthew McGuren praised the filly for the way that she raced and the way that she won citing that she still has plenty of upside “that was a good win today as she drew wide and worked a little early, and she really gives me the impression that she will run further especially not being asked to do as much early in a race like today, what I really liked is when I pushed the button approaching the corner she responded so I doubt that will be her last win.”

Co Trainer Daniel Guy made special thanks to the happy group of owners many whom were on track to celebrate the victory “Dad and I are very thankful to the group of owners as the filly was originally owned by a Wylie Dalziel Roy Higgins Racing syndicate and when a couple of owners in the syndicate didn’t want to go on with her after her first few runs this prep we purchased her and many of the owners stayed in so they have been rewarded for their patience, its moments like today’s win that remind you of how happy people get involved in owning a winning racehorse.”