Sidero Star Too Strong On The Line 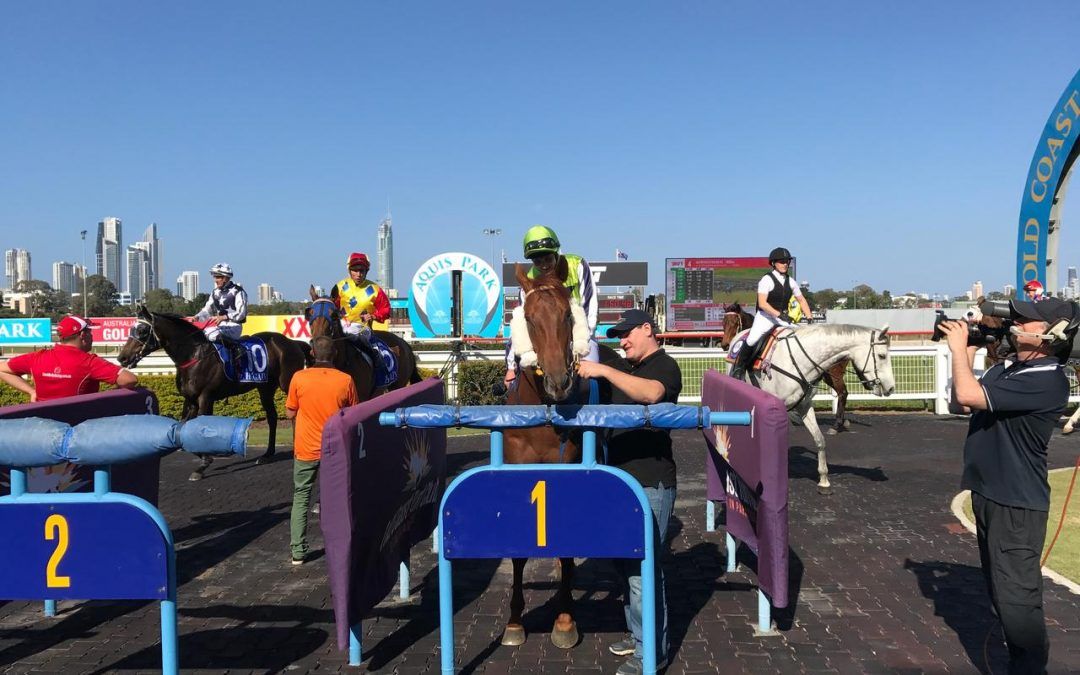 Sidero Star came from well back in the field today at Aquis Park the Gold Coast Turf Club to score a deserved victory in the Canary Bar Caulfield Cup class 4 over 1800 metres. The son of Siderus put the writing on the wall last start when finishing a luckless fourth. But that was all in the past as he unusually jumped well from the barriers and was able to settle a little worse then midfield before unleashing a strong run from the top of the straight to get the better of rivals.

Winning Co Trainer Bryan Guy was relieved to see Sidero Star in the winners stall again today “he has been his own worst enemy at times because he finds it hard to muster speed in the early parts of his races and it sees him at the tail of the field and it’s just too hard to makeup the ground, but today he jumped and Luke was able to put him in a good position which is what I believe won him the race.”

Sidero Star was ridden today by Luke Rolls who was having a rare ride for Team Guy and he was quick to make that comment after the race “hopefully Bryan and Daniel take notice of that ride and give me a few more, but seriously that was a strong win today and in running he always gave me the feel he would be in the finish.”

Sidero Star is owned by the Neilan family who have been long time clients of the stable and Co Trainer Daniel Guy thanked them for their ongoing support “it’s great to win another race for Gil and Marie, they have been great supporters of the stable for a long time now, they love their horses and their racing so they deserve all the success they get.”