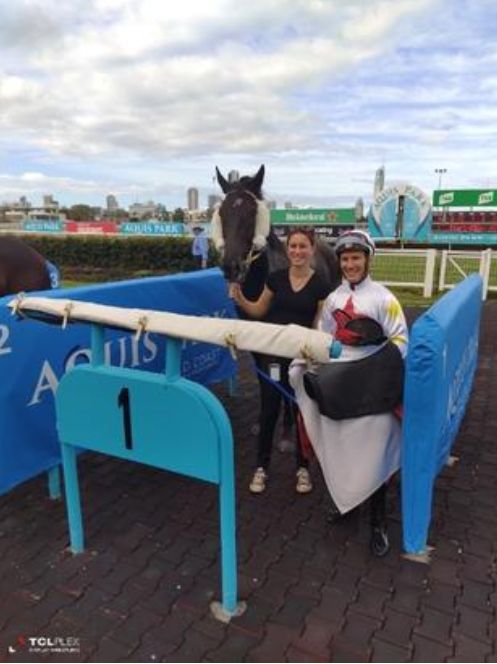 Delector made a successful start to her Queensland career in taking out the Happy Anniversary Bill and Donna Gates QTIS 3yo Maiden Handicap. The well bred daughter of Pierro went into today’s event a short priced favourite and justified her price by taking out the event by half a length. The only query Team Guy had going into today’s event was the heavy track but going on her half sister Sweet Adaline’s wet track form the confidence was on the high side and thankfully everything went to plan.

Delector was ridden by leading jockey Dan Griffin who locked up his tenth premiership with a usual professional effort and the moment was not lost on him “It’s great to win my tenth Gold Coast premiership and to get the win on one of Bryan and Daniel’s horses adds something a little bit more special. The stable has been a big supporter of mine over the years and we have enjoyed many wins together. As for the filly she did what she had to and in the right grade she still has a few wins left in her yet.”

The win of Delector has kept the recent good run of winners going for Father and Son Team and Co Trainer Daniel Guy was pleased to see the run continue “It’s good to get another winner and keep our recent run of good luck continue. A few months ago our numbers and quality in those numbers was very limited but with some new clients like Orbis Bloodstock we have seen an improvement and the winners have begun to flow. Now it’s just a matter of putting these horses through their grades and winning more races.”