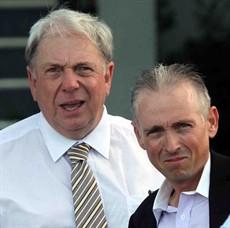 Bryan Guy has always been around horses, being a son of the champion Sydney trainer Ray Guy, before taking over a large string of horses overnight after his father’s passing in 1992.

Bryan made a tremendous fist of thing, winning Group 1 races with superstars All Our Mob and Ravarda before his son Daniel headed north to start a satellite stable in 1999.

Daniel Guy set up the Gold Coast satellite stable with the help of friends and the team was an amazing success, building up to enjoy terrific results that enabled the Guys to make the move to Queensland permanently.

Quality performers like Major Victory, Jar Jar Binks and Crafty Beau have also represented the stable with great distinction but the Guy family believe their best successes in racing have been the long-term relationships and friendships they have developed with owners.

Bryan and Daniel have always offered owners a wonderful racing experience, which combined with impressive results over many years, has been the mainstay of their success.

Bryan summed it up best in a media interview he gave in 2015 in which he discussed the reasons for the stable’s sustained run of success.

“Our success with acquiring and keeping owners , I’ve really got some terrific owners, has been achieved, in part, through our being very approachable and being ready to talk through things as they come up,” Guy said.

Take the time to acquaint yourself with all of the stable’s features and facilities on this website and contact Daniel or Bryan to begin the best thoroughbred ownership experience the Gold Coast can offer.