ABSOLUTLYPOSITIVLY BOUNCES BACK IN STYLE 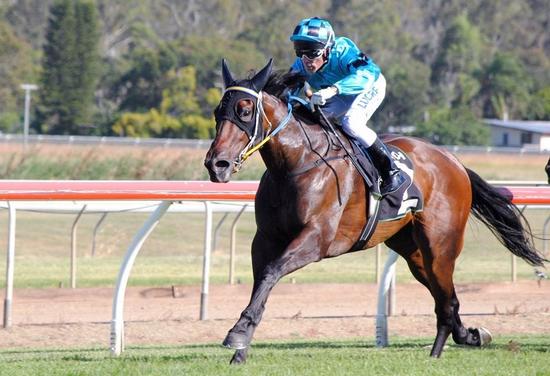 Absolutlypositivly returned to the winners circle today at Ipswich with a dominant win after settling just off the speed before being asked for her effort at the famed XXXX sign to score by two lengths and in doing so recorded a new class record stopping the clock at an impressive 1:09.60. The daughter of Sepoy showed her likeness for the 1200 metres taking her record to four wins from five starts over the distance with her only defeat being at the end of her last preparation.


Winning Co Trainer Bryan Guy explained after the event that the filly was given her chance to qualify for the Magic Millions Guineas but her last start indicated that she struggled to run out the trip so it was decided to restrict her to 1200 metres “last start proved she couldn’t go much further then 1200 metres so I spoke to the owners and came up with a new plan and so far we are right on track. I also have to say a big thanks to Chris Whiteley who has ridden this filly perfectly in all four rides this prep, they just seem to get on so well.”

Winning rider Chris Whiteley was not surprised with Absolutlypositivly’s win today after a recent track work gallop “I rode her in a gallop last week and said to Bryan and Daniel that she was right on track for today’s run and not to worry about last start, she just didn’t run out the distance. The best part of today’s run was she won by a bigger margin then her first two victories this campaign so she has learnt to really hit the line. She is a nice filly with plenty of upside.”
Absolutlypositivly continued a good run for Aquis Farm after tasting regular victories of late and Co Trainer Daniel Guy said it’s great to have the breeding and racing powerhouse as stable clients “Both Dad and I are happy to get another winner for Aquis Farm along with their partners in this filly. It’s even that little bit more special that we picked her out at the Magic Million National Sale and Aquis Farm had faith in our ability and we are now getting them results. We have had a good opinion of her for a long time now and long term we believe she has much better wins in store. All going well the filly will now progress to a Saturday Three Year Old race in town in the next few weeks.”