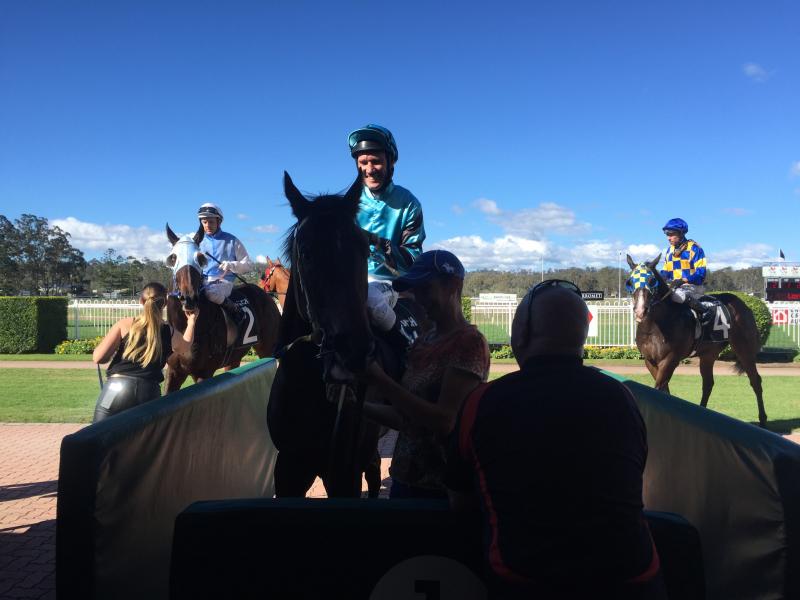 Game Of Dreams continued on his winning way this afternoon at Ipswich scoring a tough all the way victory in the two year old class three plate. The win was Game Of Dreams third win from six starts with the lightly raced son of Dream Ahead winning his second race since returning from a spell. Game Of Dreams was ridden by Daniel Griffin who explained after the race that the win was better then it looked as he struggled in the heavy conditions. He also explained that he was surprised at the fight that he showed given he over raced in the early to middle stages, which was backed up by the sectional times, with the front half of the race being much quicker then the second half. Guy Racing will now target the Grafton Carnival with Game Of Dreams given that he is BOBS eligible. Game Of Dreams is raced by loyal client Rick Hill who has had a horse in the Guy’s Gold Coast stable since it was opened 18 years ago.