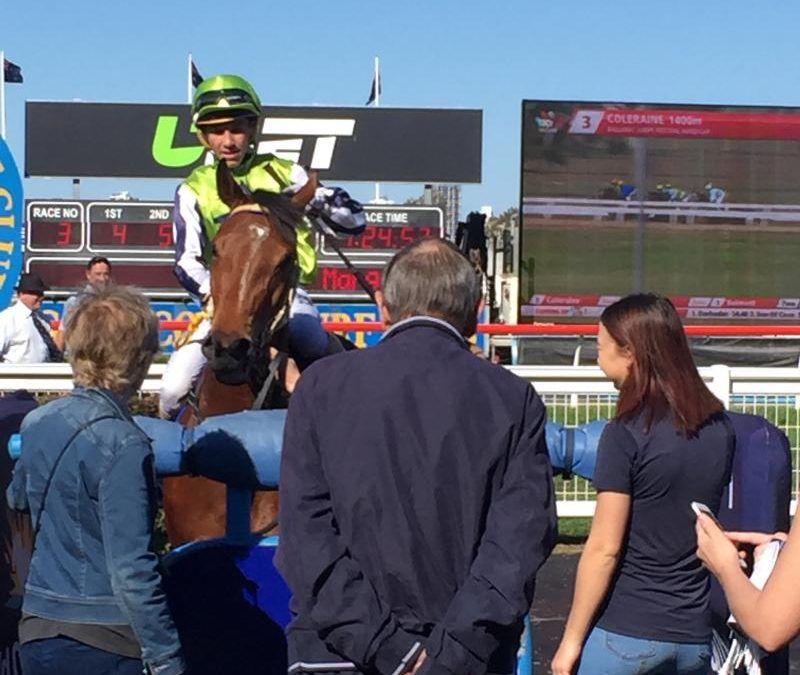 Ritzy’s Command won her second race at the Gold Coast today bringing her record to two wins from her last three starts. The pint sized daughter of Court Commands settled in the second half of the field and made her run along the inside to finish strongly and claim Jag Guthmann-Chester’s first winner on his home track. Bryan Guy commented after the race “it was great to see Jag ride his first Gold Coast winner and I was happy to be a part of it, I also think that he has a bright future as a rider and he has shown vast improvement over the last few months which is usually a good indication of an apprentices ability”. Bryan also thanked owners Gil and Marie Neilan who have been long term clients of the stable and it was great to see them score another winner with a horse that they breed.