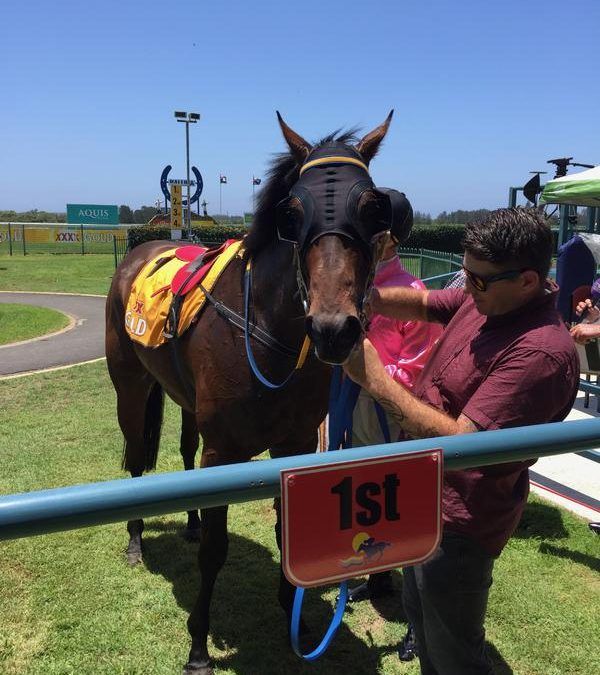 Wearethechampions saluted today at Ballina when having his first start for Team Guy. Heading north recently from the Freedman Brothers, the son of I Am Invincible came home with a strong run to break his maiden in an impressive fashion. Bryan Guy was full of praise for the horse saying that the win indicated that there was more to offer with the gelding as he gave the impression he will run further then the 1300 metres of todays event. Bryan also praised the Freedman Brothers stating “you could not have asked for a horse to turn up in better order then the way that he turned up a couple of weeks ago, it was just a matter how he settled in and thankfully he settled in well.” Bryan also made mention of the importance of new clients to the stable and explained how more people from down south should look to the sunshine state “we are in the best possible place to have a horse trained as we can take advantage of the great NSW country prize money and the Brisbane Metro prize money should the horse take the next step, really it’s the best of both worlds”

Wearethechampions was ridden perfectly by Ryan Plumb who predicated the horse had more wins in him and over a longer distance with Ryan commenting after the race “he is a little bit lazy but when I asked him for an effort he responded in great style and I can’t see why he won’t win more races”.