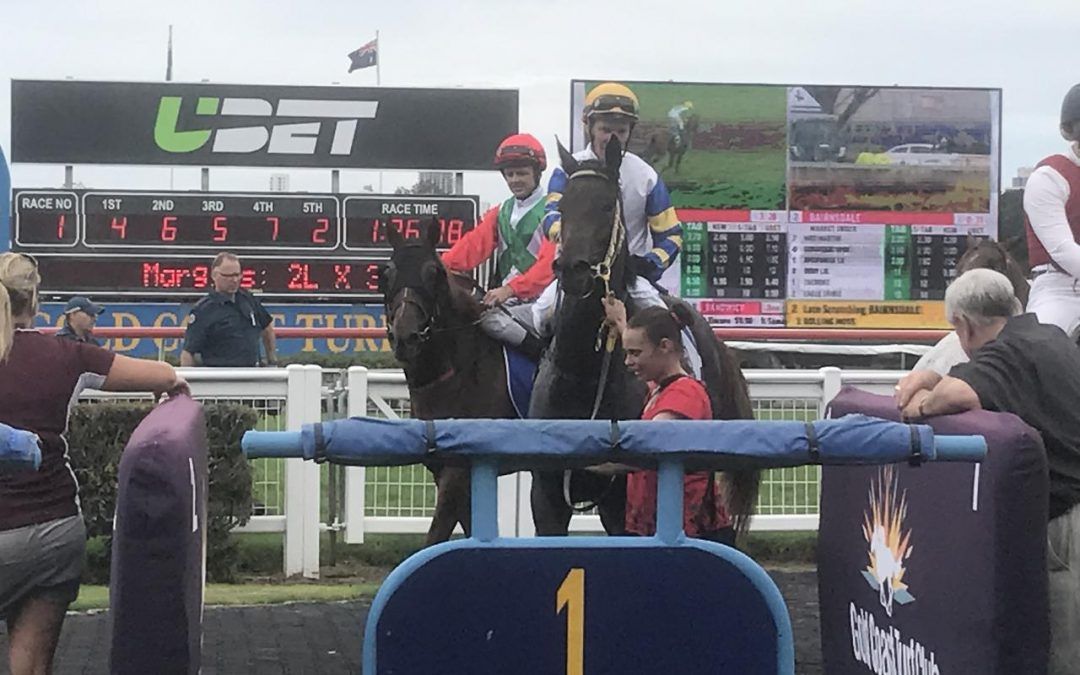 Lefkas Island made it back to back wins today at the Gold Coast when winning the opening race on the program. The daughter of Love Conquers All jumped well from the barriers and took the lead setting a steady pace then slipped away on the corner and proved far to strong to pull away and score by two lengths from her nearest rival. Winning rider Daniel Griffin commented after the event “this filly is a really nice filly who does everything right and has a good cruising speed and showed a good turn of foot when asked for an effort, it’s the first time that I have ridden her today and hopefully it won’t be the last”.

Winning co trainer Bryan Guy was suitably impressed with the win and the way that she put pay to her rivals when asked for her effort “that was a good win today because she had a few things against her, she was up in class and weight and only nice horses can overcome things like that, she looks like she will appreciate more distance and you never know she’s a three year old filly and she could be a chance at some black type early in the carnival”.

The day was a good day for Team Guy at the Gold Coast win one winner, two seconds and two thirds from five runners. Co trainer Daniel Guy lamented what could have been with a couple of unlucky runners “it’s always great to get a winner but it could have been much better with both Fogoso and especially Go Better not having the greatest of luck, but we are just happy the horses have raced well and have picked up cheques for their owners”.