Nivo Ploughs Through The Mud For A Tough Win 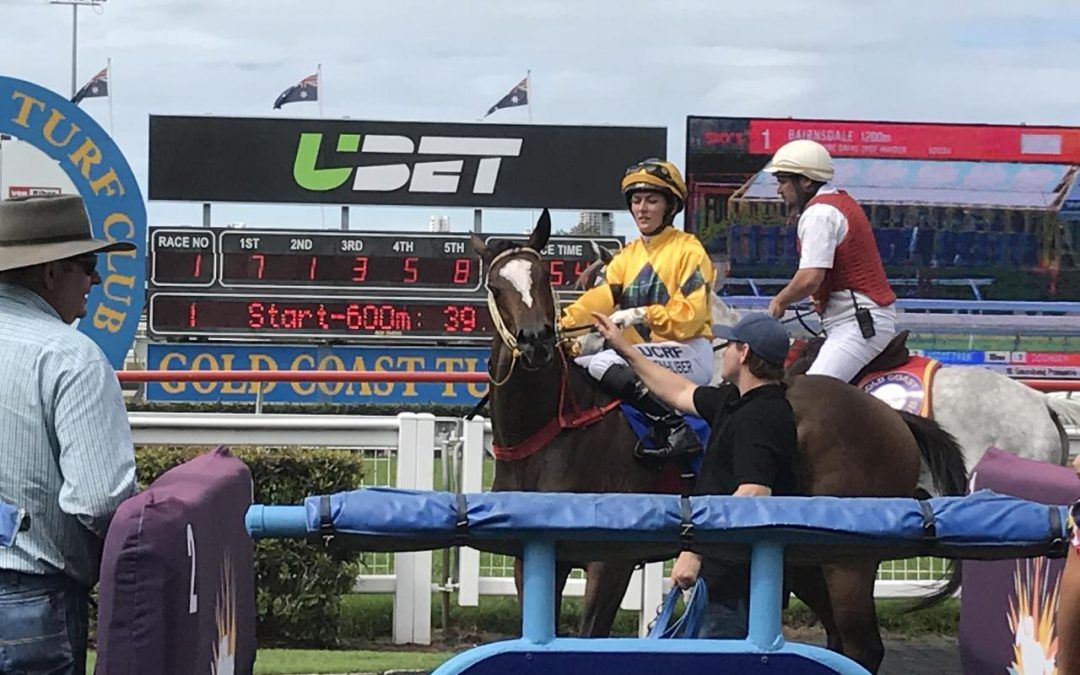 Nivo proved too strong today in race one at the Gold Coast Turf Club with a runaway victory. The daughter of Rothesay handled the heavy conditions with ease and showed an impressive turn of foot at the furlong pole to leave her rivals in her wake. Coming off two unlucky runs, Nivo settled second in the run before moving to the race leader rounding the home turn with the most impressive part about the win being when replacement rider Skye Bogenhuber asked her for an effort and she responded with a good turn of foot. Winning jockey Skye Bogenhuber was full of praise for Nivo stating “that was a good win today and boy did she handle the conditions with ease. On the feel that she gave me today she will win her fair share of races and over a greater distance then the 1200m of today.”

Winning co trainer Bryan Guy was happy to see Nivo win today after not having much luck in her first two runs “She raced green at her first start and finished off strongly behind a horse that has a big future, then at her second start we thought she could win but you only have to look at the replay and the stewards report to know why she got beat but thankfully that’s all in the past now. Today’s win was a good effort and she is one of the toughest two year old fillies I have trained, she has been in work a long time so she will be off to the paddock on Monday for a well earned rest and will be back to chase the rich Qtis money towards the end of the season.”

Co Trainer Daniel Guy explained after the event that its a good result for the owners given the Qtis Fillies Bonus attached to today’s race “Nivo’s win today highlights the importance of the Qtis system to the racing industry in Queensland with the filly picking up $21 850.00 for her owners and that’s great money for a maiden, even down south you rarely see those returns for a maiden.”