SLYDINI STRONG TO THE LINE 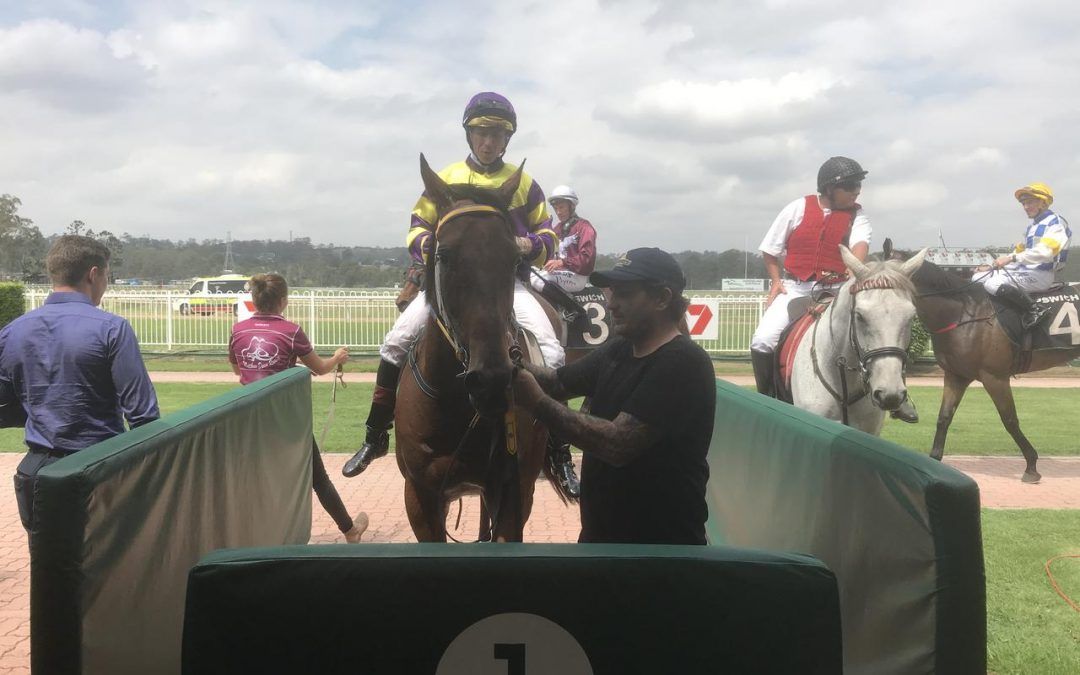 Slydini made a return to the winner’s circle today at Ipswich Turf Club with a determined win in the Channel Seven Class Five Handicap. The son of Magic Albert was having his third run from a spell and was stepping up to a more suitable distance today. Jumping well from an ideal barrier Slydini was able to roll forward and sit outside the leader before the two set sail for home and had a battle all the way up the straight before gaining the upper hand within the last furlong to claim a strong win.

Ridden by his usual rider Paul Hammersley the gelding was able to score his fifth overall victory and his second since joining Team Guy but has been a model of consistency with several in the money runs since coming north. Jockey Paul Hammersley was full of praise for the horse saying after the race “It was a good strong win, he has really learnt to settle in his races now and hit the line which is completely different from last prep where he was his own worst enemy. The stable have done a good job with him and on today’s win and given it was only third up I think he will see the winners stall again in the near future.”

Co Trainer Daniel Guy who was on hand for the win was relieved that he finished as strongly as he did to claim another victory “I was a little worried when the leader kicked like he did on the corner but I knew he would be strong to the line and not give up. Paul rode him perfectly and he was right about his work on Saturday morning being a winning gallop.”

Slydini is owned by North Queensland racing identities the Everingham’s and Woodhouse families who were not on track for the win but were over the moon with seeing their racing colours score another victory at metropolitan level. Co Trainer Bryan Guy was pleased to train another winner for the owners “I love seeing this old horse win, the owners brought him from down south and thankfully thought of us to train him. The are great people to train for and they love their racing, I just hope one day they can venture down south and we can have a beer in the winners room together.”