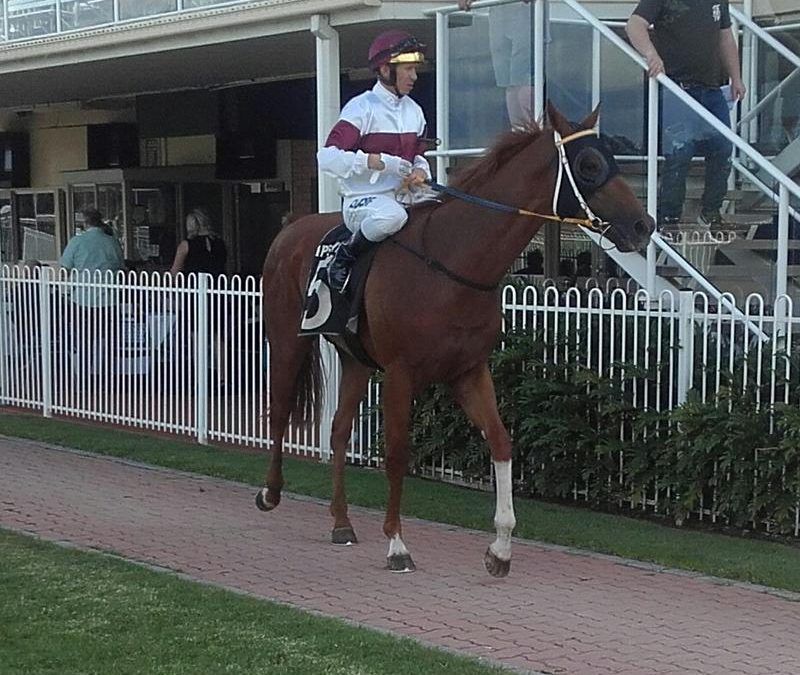 Recent stable addition Solar Patch made a winning debut for the Team Guy Stable this afternoon at Ipswich in taking out the Sirromet Wines Colts and Gelding Class Three Handicap. The son of Stratum settled just behind the speed before making a winning move approaching the turn and then showed a good turn of foot to score by just under two lengths.

Solar Patch was sent north to the Guy Stable on recommendation from John and George Moore who have enjoyed good success in recent times with the stable. Winning Co Trainer Bryan Guy again thanked both John and George for recommending the stable to the horses owner Mr Yeung “I have to thank both John and George Moore for telling Mr Yeung to send the horse north to the stable. We have had a bit of luck in recent times with the horses they have sent up from down south and I hope that it continues. It’s great because they are all well bred and very well put together, they are class horses.”

Solar Patch was ridden today by Paul Hammersley who predicted that it would not be the horses last visit to the winners stall “It was a nice win and I think he will be improved by the run. I also think there is upside as he will like a bigger track and possibly more distance as he settles so well in running. He is a nice horse to ride and it’s great to ride another winner for these connections.”