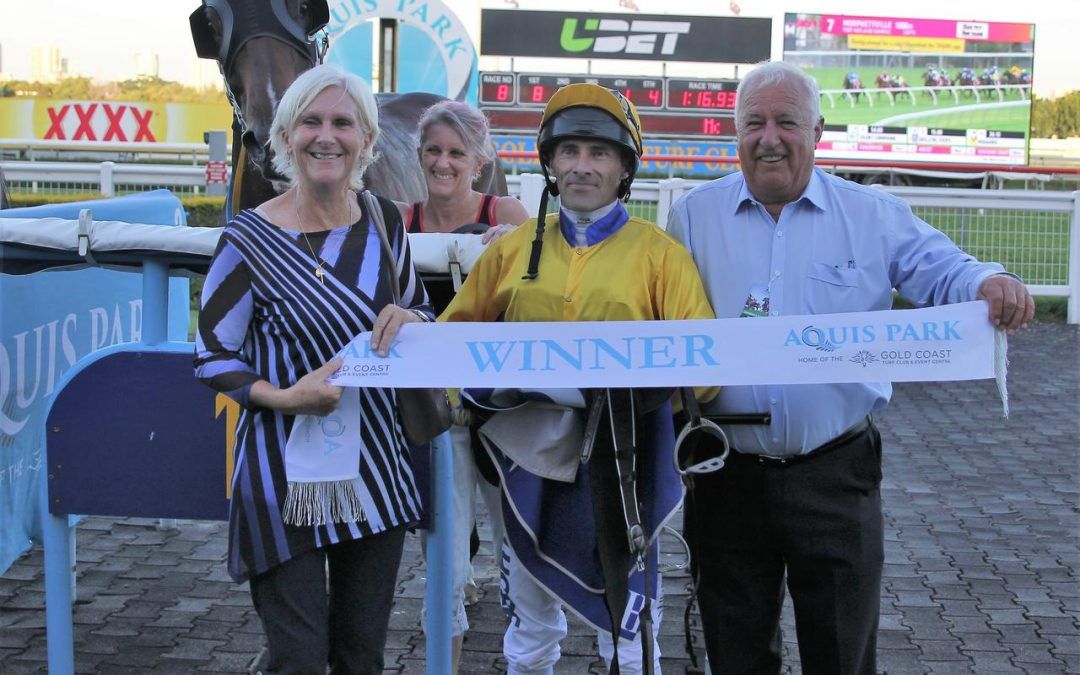 There was no stopping El Shaday today at Aquis Park at the Gold Coast Turf Club with the son of Pins making amends for his first up third placing. El Shaday began quickly from an awkward barrier and quickly found himself in front and jockey Chris Whitely was more then happy to control the tempo from that point on and approaching the turn gave him a little more reign and the race was soon over.

El Shaday was having his second start for Team Guy today and winning Co Trainer Bryan was a happy man after the event “I am glad he won today, we thought he could win first up when he ran third but he didn’t handle the wet track so today we were pretty confident, the only thing that concerned us was the barrier but Chris made light work of that. The horse himself has had a few problems but at the moment that all seems behind him so hopefully he can go on and work his way through his classes.”

El Shaday was ridden today by Chris Whiteley who rode him first up when finishing a close third and Chris was very confident coming into today’s event “I thought he was my best ride all day, he was very good first up when he didn’t handle the wet track so with the dry track today I knew he would be hard to beat. He is a nice horse who has more wins in him if he continues to progress the way he has since entering Bryan and Daniel’s stable.”

El Shaday capped of a good week for the Guy Stable with two winners and several placing’s including two very nice performances at today’s city meeting in Queen Of Wands who stepped up and finished off strongly over 2200 metres for the first time since joining the Guy camp. The stables other impressive performer today was Protest who stamped herself as a Queensland Oaks chance after making good ground to finish fourth in the first leg of the traditional Oak’s lead up race series.