SWEET ADALINE NO LONGER A BRIDESMAID 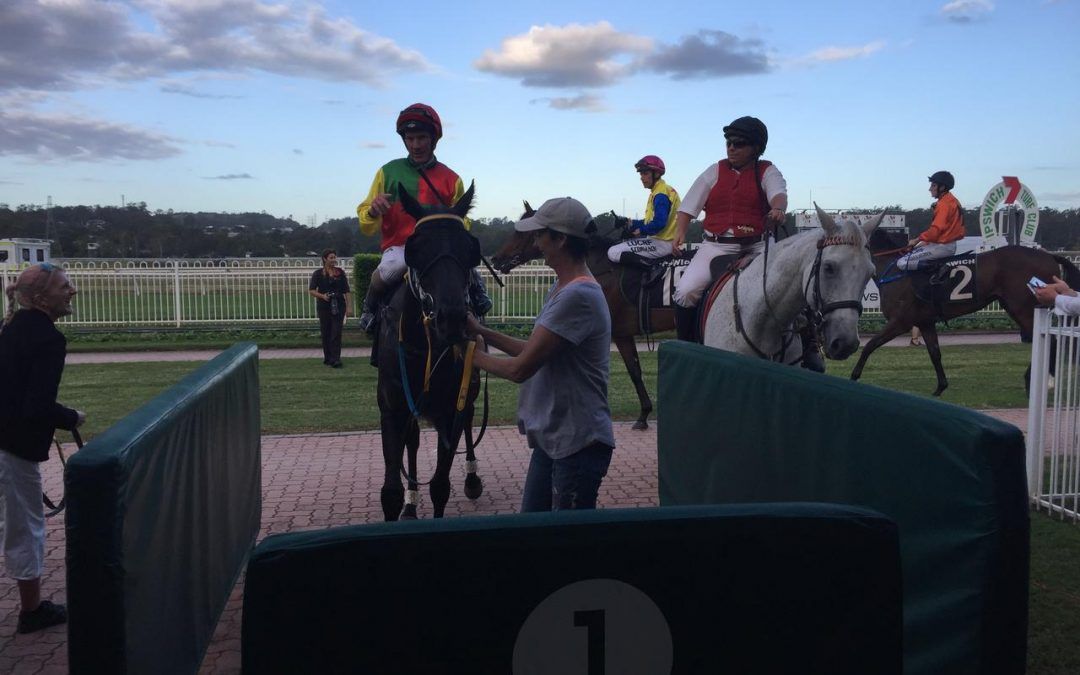 Sweet Adaline shed her tag as a bridesmaid today at Ipswich when she took out the Queensland Times Benchmark 65 Handicap and in doing so brought up a winning double for the stable. The daughter of Lonhro settled just off the speed and made her winning run when a gap opened up at the top of the straight, supporters of the mare were a little worried at the 150 metre mark when stablemate Sidero Star race up alongside her but their worries were soon forgotten when she put her mind on the job and fought back to win by just under half a length.

The win put an end to a frustrating run of second placing’s the mare has put together in recent months and co winning trainer Bryan Guy thanked jockey Jim Byrne for getting the mare into the winners stall today “she really deserved that win it’s been so overdue, there hasn’t been many races that have gone her way with bad barriers and bad luck getting in her way, it’s been no fault of Jimmy’s things just haven’t panned out. It’s great that she was able to get the money for all concerned today, the Nolan’s and Jim Byrne who has stuck with the mare over the last couple of months. Jim’s rides have been great hopefully now she will have the confidence to go on and put a few together.”

Jockey Jim Byrne was also thankful that Sweet Adaline remembered where the finishing post was today explaining after the event that he was beginning to wonder if she would ever win a race in Queensland “it’s great to get the monkey off the back with this mare, it’s been a long time coming. The drop back in class and the drier track certainly made the difference it’s a credit to the stable who have kept her running well for sometime now without that elusive win, hopefully now she will go on.”

Sweet Adaline was purchased at the 2017 Magic Millions National sale by leading Queensland breeder Basil Nolan and co trainer Daniel Guy thanked Basil and the family for their continued support “we have had a bit of luck with mares Basil has brought at the National Sale over the years and it was great to be given the opportunity with this mare. She is not a big mare but she is a trier and that is more important. I am sure that she still has a few more wins in her before going to stud later in the year.”