NO PROTEST ABOUT THE INSTANT RETURNS 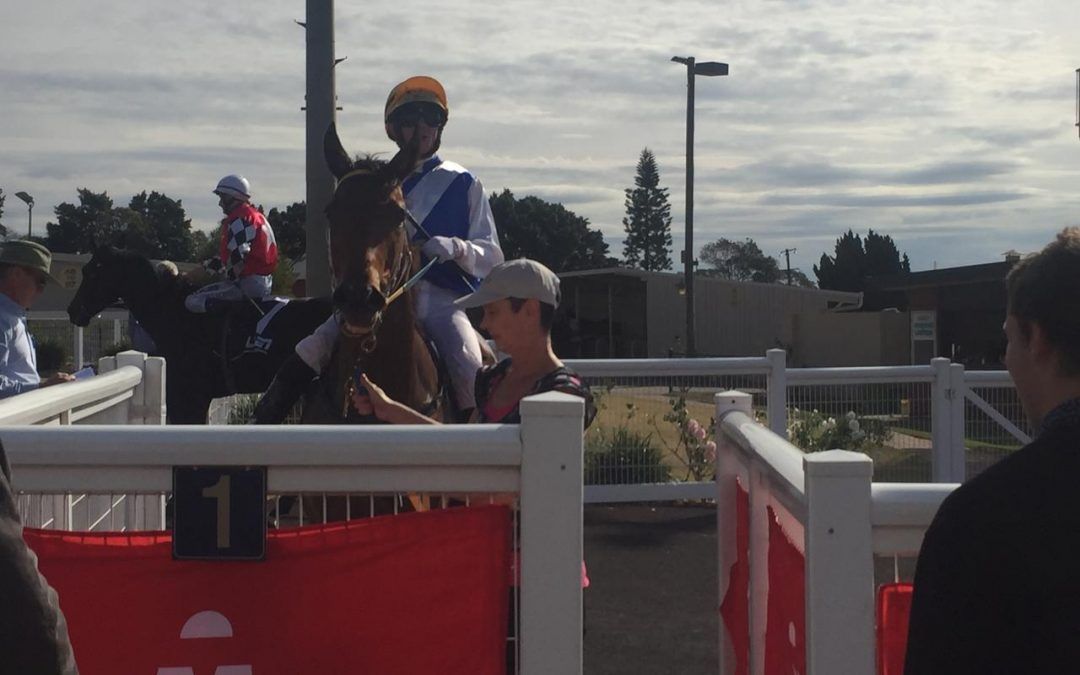 Protest headed to Toowoomba today with a new group of owners and they were instantly rewarded with the filly taking out the Toowoomba Truck Spares Class 1 Plate over 2100 metres. The daughter of Smart Missile atoned for her unlucky run in the Queensland Oaks by bouncing back to form to display a strong staying performance. Settling back in the field after receiving a bump out of the barriers the filly was taken to the fence by jockey Paul Hammersley. This move proved to be a winning move as he was able to take inside runs to work into the race and finish off too strongly for her rivals. The win indicated that the filly has a bright future as a stayer in the coming seasons.

Winning Co Trainer Bryan Guy felt like a vindicated man with the filly recently being purchased by existing and new stable clients “After the Oaks her previous owner Aquis Farm decided that her future lie elsewhere and I have always liked the filly since the day that I brought her for Aquis so I had to buy her and once a price was agreed she was an easy horse to fill. I mentioned it to a couple of people and before long she was gone. It’s a great group of owners and they are in for a fun ride because she has a bright future over ground. It’s hard to get a good stayer these days and when you do, they provide great returns.”

Protest was ridden today by Paul Hammersley who was having his first ride on the filly and he was taken aback by the quality of the win “That was a good win, she didn’t get around the Toowoomba track one bit, she was never happy at any point yet she still got the job done. I think Bryan, Daniel and the group of owners are in for a good time with her. After a break with further physical and mental maturity I can see her taking the next step”

Co Trainer Daniel Guy was full of praise for Paul Hammersley after what he described as a pearler of a ride “That was a ride and a half from Paul a real pearler, she got knocked down out of the barriers and he didn’t panic he took her to the fence and then it was just a matter of getting the breaks and thankfully he did. You could see that she wasn’t happy with the track but Paul kept picking her up and he never panicked and was rewarded with a strong win.”

Protest also proved to be the only horse on the day that came from back in the field to win a race, which further highlighted the strength of her win and the future potential that the filly has.