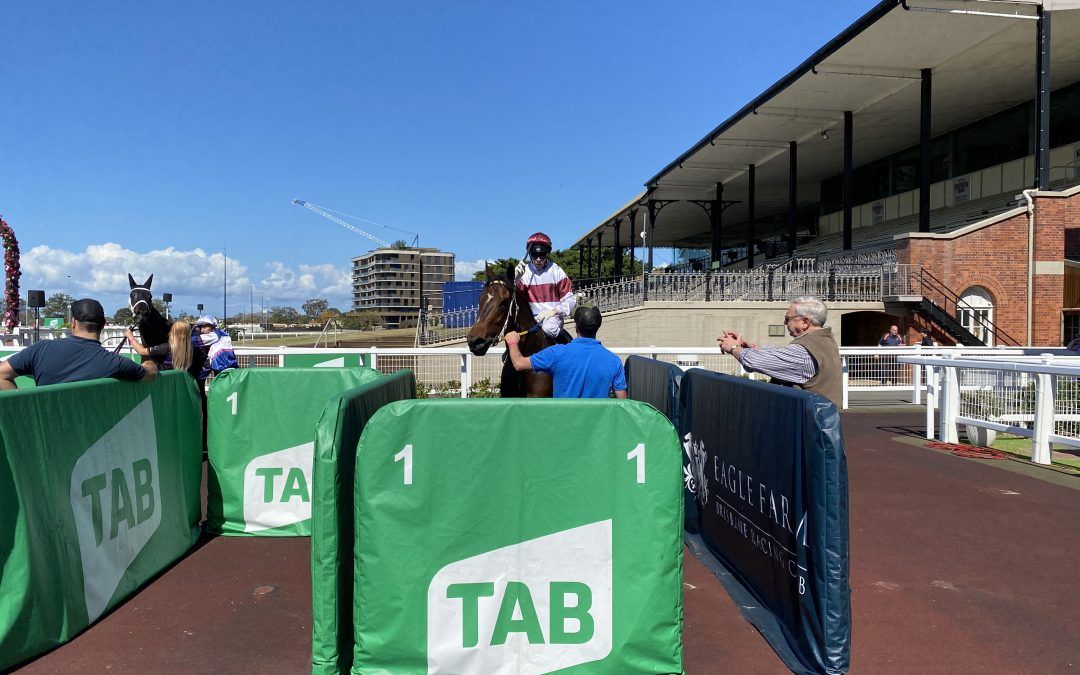 Memories came flooding back today at Eagle Farm when Team Guy and John and George Moore were back in the winners stall at the place of the combinations biggest win, the Queensland Derby. While today’s race was only a maiden the three-year-old gelding by Toronado showed great fight to hold off his rivals up the long Eagle Farm straight. After beginning well he was taken to the front by Jockey Ronnie Stewart who rated the horse well and he had enough in hand to score by just under half a length.

Co Trainer Bryan Guy explained after the event that a series of recent gear changes has seen the gelding’s form improve and he was not surprised by today’s win “I thought he should have been in the finish last start and with a little gear change today we were able to turn things around. Also It’s great to see these colors back in the winners stall at Eagle Farm it certainly brings back great memories of Eagle Way’s Derby victory a few years ago.

Eagles Forever was ridden today by Ronnie Stewart who was having his first ride on the gelding and after watching his last run he thought he had a good chance “I liked his run last start and when Bryan and Daniel said that he had worked better with the gear change I thought that if he wasn’t pressured too much he would be hard to beat and thankfully that was the case.”

Daniel Guy who trains in partnership with his father Bryan, was full of praise of the ride by the jockey “That was a great ride by Ronnie, he shot him out of the barriers dictated the speed perfectly and made sure he had enough up his sleeve to hold off his rivals. The horse looks perfectly suited to the mile at the moment given he can race on the speed and kick when asked and that was evident today. His last six hundred metre’s was good time and while he will probably not rise to the heights of his former stable mate Eagle Way he looks like he has more wins in him.”