DANISH FORTUNE GETS THE MONEY 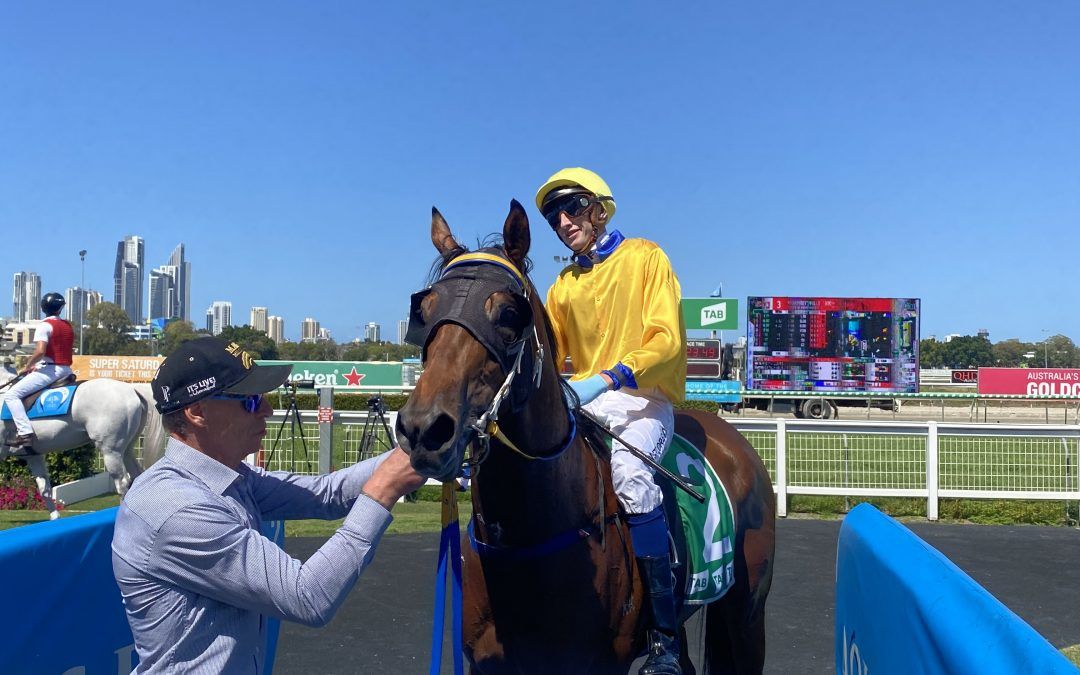 Danish Fortune broke his maiden today at his Third race start when he took out the ARPS Decider Qtis Three Year Old Maiden Handicap at Aquis Park at the Gold Coast Turf Club today. The son of Magnus had shown that a win was not far off after his previous two starts including a good second on debut and an unlucky fourth placing at his second start. But a step up to Fourteen Hundred metres and a good front running ride by jockey Nathan Fazackerley made all the difference and the colt was able to score by one and a half lengths.

Co Trainer Bryan Guy was thrilled to see the colt win today for his connections whom were considering taking the horse to Hong Kong “It was good to see this horse win today he deserves it, he has been in work for a long time and for the most part he has handled it. He was going to Hong Kong and then it fell through so it was decided to race him here so it has been a bit of a stop / start preparation so it’s a good effort for him to get to the winners stall today. Going forward I think he will win more races but one thing for sure it will be as a gelding as he has just figured out he is a colt. Also a big congratulations goes to Nathan he rated him perfectly in front and never gave any other horse a chance.”

Winning jockey Nathan Fazackerley was thrilled to see things go his way after not much going right at his first two rides on the horse “We haven’t had much luck until today with bad barriers and things not working out but the step up in distance certainly made the difference today. His good gate speed saw him take up the early lead and when we weren’t pressured I knew he would have too much of a turn of foot for his opposition. He is a nice horse that has good tactical speed and I can’t see why he won’t win more races. I also have to thank the owners for sticking with me and Bryan and Daniel for giving me the opportunity.”

Danish Fortune will now head to the paddock for a well-earned break and will be aimed at metropolitan races next time in work.