I AM THIRTY BACK IN THE WINNERS STALL 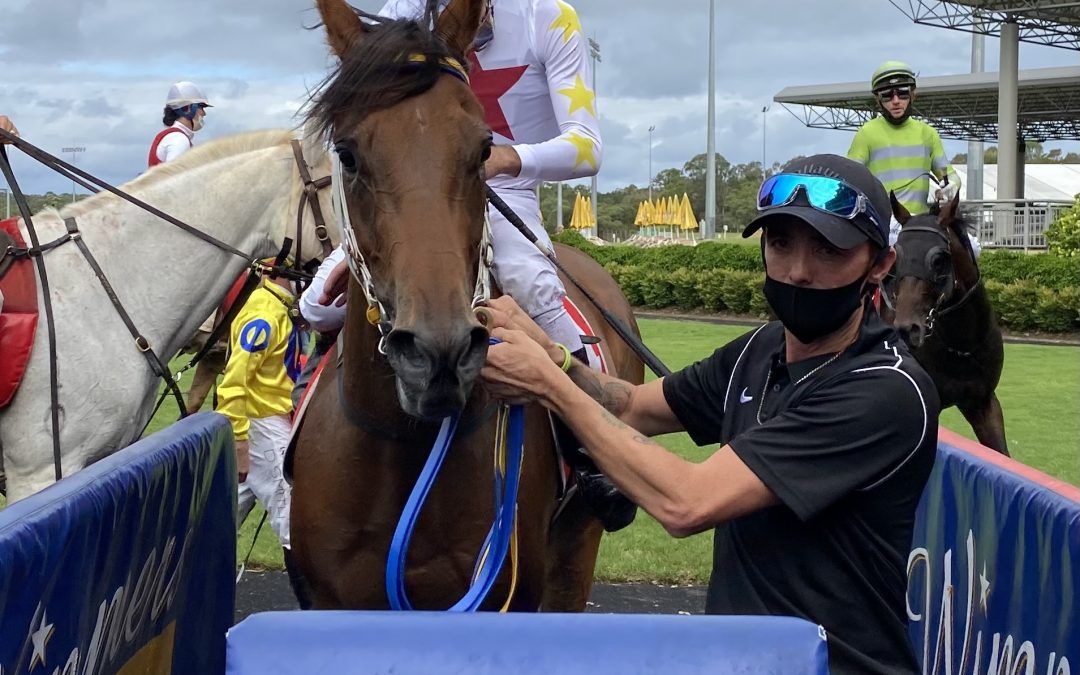 I Am Thirty bounced back from an unlucky last start fourth placing to win impressively today at the Sunshine Coast in the Coastline BMW Class One Handicap. The gelding had little trouble with the wide draw and after a good beginning was able to sit just off the speed before jockey Michael Rodd asked him to improve at the top of the long Sunshine Coast straight and quickly found himself hitting the lead at about the Three Hundred metre mark and pulled away from his rivals to score by an ever widening One and Three quarter lengths.

Winning Co Trainer Bryan Guy was delighted to see the son of I Am Invincible bounce back after a impressive debut and a luckless second race start which saw the gelding suffering interference at the start “I am a relieved man that everything went right today after not much going right last time out. I told Michael today to be positive on him and have him on the speed and he did exactly that, it was a great ride given the wide barrier, he is a nice horse this fellow and I have a lot of time for him.”

Jockey Michael Rodd was having his first ride on the gelding today and was impressed by the way he was able to let down given that he was not at home in the heavy conditions “I liked the way he let down today as I don’t think he was happy in the going so it was a good effort to win the way he did. I watched his maiden win and he looked good and today he backed that win up. He looks to have a bit of upside as he is still is learning his trade, you can see he only does what is asked of him and when we looked liked we could be in for a fight he responded.”

I Am Thirty brought up two winners in the last seven days for Team Guy and Orbis Bloodstock and Co Trainer Daniel Guy commented after the race that it was great to score another victory for the stables biggest client “ that’s our second winner in the last seven days for Orbis, they are big supporters of the stable so it’s good to keep winning for them, they have a nice bunch of three year olds in the stable which look like they will be able to go through their grades.”