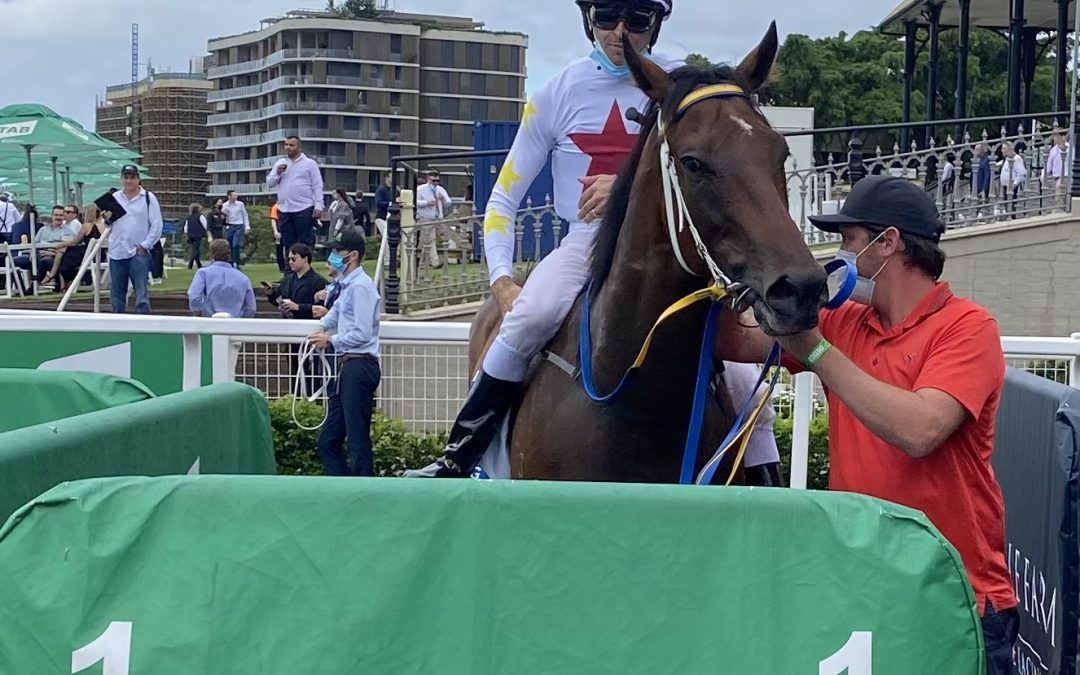 Promising Three Year Old Clearance Sale resumed in style today at Eagle Farm when he came with a well timed run from back in the field to take out the Sky Racing Colts, Geldings and Entires Benchmark 72 Handicap over 1200m. The son of Hinchinbrook showed good ability at his first preparation when winning two races from five starts before being put away with an eye on the Queensland Winter Carnival and that plan looks right on track and better races then today look well within his reach.

Winning Co Trainer Bryan Guy was full of praise for the gelding and believes that the horse has better wins ahead if given the chance “That was some kind of win today, it is short of his best distance but he did what good horses do, they just get the job done. I believe he would be very competitive over the carnival if given the chance but as he is owned in Hong Kong there is a real possibility he could end up there which would be disappointing. Going by the last few years I have had some very promising types head there which is good for the owners but not so good for my stable, but that’s racing I suppose.”

Winning Jockey Michael Rodd was sitting on Clearance Sale’s back for the first time today and he was very impressed with the way he hit the line and the determination he showed “That was a good win, he didn’t begin well and raced fresh in running but still managed to hit the line hard. He gave me a good feel and with a carnival just around the corner he is in work at the right time. It’s good to see Bryan and Daniel get another nice one in the stable.”

Not everything went right for Clearance Sale today when he didn’t begin well and Co Trainer Daniel Guy felt he had to much ground to make up and was happy to be proven wrong “I said to Dad at the top of the straight I think we are in trouble and at the furlong pole I said it’s going to be another second but I was wrong and happy to be. He is a horse that only does what is asked of him and he knows where the finishing post is and really sticks his head out and tries. Another thing to remember it’s only his second prep so there is still a fair bit of improvement in him.”