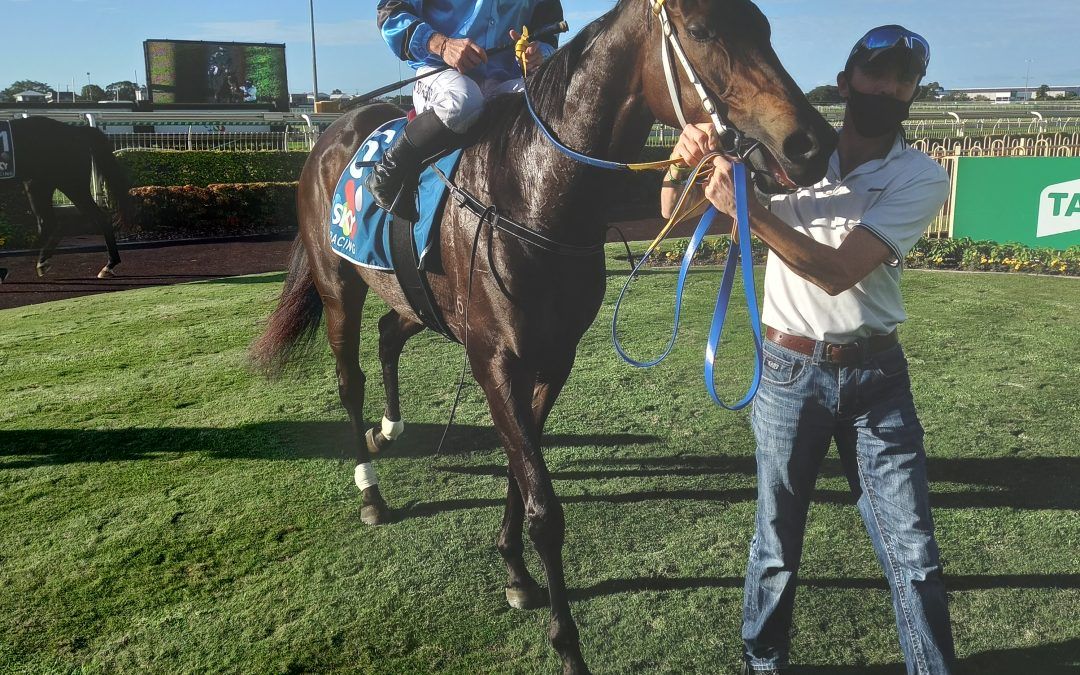 Tough mare Front Money headed to Doomben today looking to break her frustrating run of minor placing’s since moving to Queensland and did so in taking out the Sky Racing Class Two Handicap by a length and a quarter. The mare began brilliantly as she usually does and from the good barrier took up an uncontested lead and from that point on she was able to control the race and make it a sprint home giving her opposition little hope to run her down.

Winning Co Trainer Bryan Guy was over the moon to finally see the mare break her run of minor placing’s at her sixth run for the stable “That was great to see her finally break through for the stable, she has been a model of consistency since moving from Sydney. That was her sixth run for us and her record now stands at one win, a second and four thirds and she is a perfect example of what horses with provincial form can achieve when they are sent to Queensland so I have to say a big thanks to the owner for sending her to the stable.”

Winning Jockey Mark Du Plessis was thrilled to see the mare win today explaining after the race that she gives her all and he wished all the horses that he rides had a heart as big as hers “I love this mare and I am so happy everything went her way today after being beaten by bad luck a couple of times. She tries so hard and gives her all every time she steps out onto the track, I wish I could ride a full book of her every meeting.”

Co Trainer Daniel Guy made the comment after the race about how the mare is a stable favourite and it will be a popular win with the staff back at the stable “This win will put a spring in the step of the stable staff as they all love this mare. She is such a kind horse with no fuss around the stable or at the track. I think another reason she is so well liked is she gives her all when asked and keeps doing it time and time again. I know Mark thinks the world of her so it’s also good to see him win on her.”